Vogue Magazine Covers Created By Salvador Dalí Will Enthrall You

Vogue Magazine Covers Created By Salvador Dalí Will Enthrall You

dVogue magazine often fronts its pages with chic photographs of celebrities, so it might be surprising for some to learn that art icon Salvador Dalí had a hand in some of its covers.

As creative education platform The Futur points out in a tweet, the painter—known for his surreal masterpieces that enchant you into dreamlike, disconcerting worlds—illustrated at least four Vogue covers in a span of three decades.

The first, which prefaced the publication’s December 1939 issue, featured a woman with a head made of a flower bouquet and another with branches for hair.

Another illustration, which was for the April 1944 cover, represented spring, and saw the Vogue logo being shaped with flowers and branches.

Dalí’s final Vogue magazine covers were for the publication’s Christmas issues in December 1946 and 1971.

Enjoy the artworks below. If you’d like to see more of Salvador Dalí’s lesser-known pieces, you might want to check out his paintings for Alice’s Adventures in Wonderland—a rather fitting tale for his oddball style. 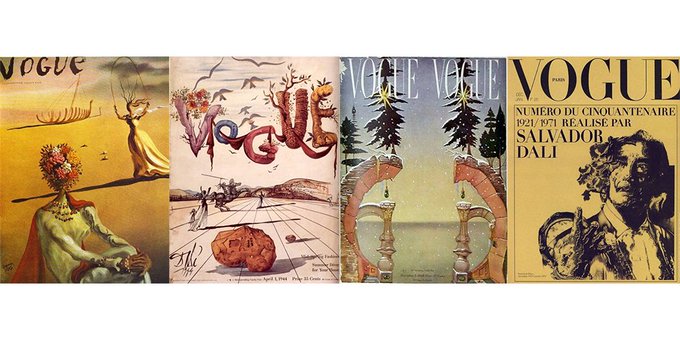 “Have no fear of perfection—you’ll never reach it.” –Salvador Dali, the secret rebel of graphic design,

I bet you didn’t know he designed covers for magazines like Vogue and Harper’s Bazaar, did you? 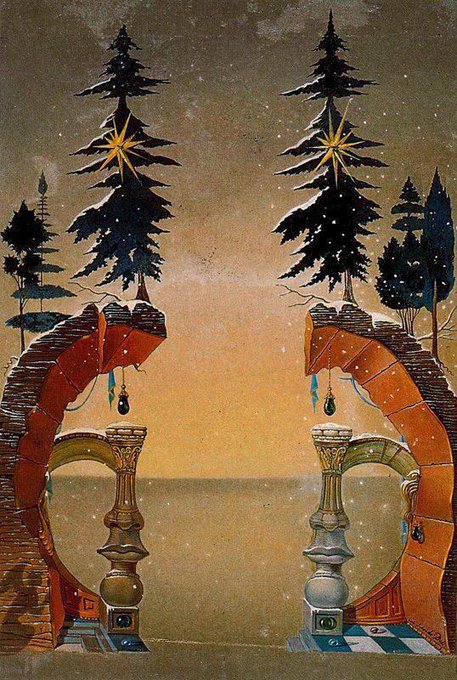