Shell Demands Artist Remove Spoof Logo, And He Hits Back With Epic Response

Shell Demands Artist Remove Spoof Logo, And He Hits Back With Epic Response

Motor oil company Shell isn’t fueling the kind of response it hopes to get from an independent creative it has taken legal action against.

According to satirical artist Darren Cullen—owner of website ‘Spelling Mistakes Cost Lives Dot Com’—he has received a cease-and-desist letter from Shell ordering him to take down a parody logo he made of the brand.

Cullen’s projects leverage his educational background in advertising, which he now frowns upon as manipulative, to challenge “the empty promises of consumerism.” One of his works, Pocket Money Loan, has aptly been installed in Banksy’s ‘Dismaland’.

The remix that the petrol brand has asked Cullen to take down depicts its logo in flames. The English artist has also struck off the ‘S’ in “Shell” to spell, “hell.” The image, which he has turned into merchandise, is part of a project by Brandalism, a global collective of artists who shun corporate greed.

“I’ve received a cease-and-desist letter from Shell demanding I remove these apocalypse-related products from my website within seven days,” Cullen wrote on his website. “This seems like pretty clear retaliation for the recent Shell greenwashing subvertising campaign my work was in, organised by Brandalism.”

Cullen believes this could be a losing fight, but since he’s been offered free legal support from atheist group The Satanic Temple London & UK, he’s decided to counter the company’s order.

Unfazed by the letter, the artist has replied to it requesting for the company to consider rebranding to ‘Hell’.

“Dear Sir or Madam, thank you for your email. Before I respond fully, I was hoping you could first clarify a couple of points regarding the trademark claim. Does Shell consider ‘Hell’ to be their trademark? If they do not currently trade under this name, are they considering rebranding to ‘Hell’ in the near future? Many thanks, Darren Cullen.”

You can check out Cullen’s ‘Hell’-themed work, as well as his reply to Shell, below.

Shell sent me a cease and desist letter saying I have to stop selling these apocalypse-themed products on my website in 7 days. More details and links to buy on my website. All funds go towards utterly pissing Shell off forever. https://www.spellingmistakescostlives.com/single-post/2018/06/20/CEASE-AND-DESIST … #makethefuture pic.twitter.com/eZpxyfG7up

Sent a reply to Shell’s cease and desist pic.twitter.com/glHtLlPvWq 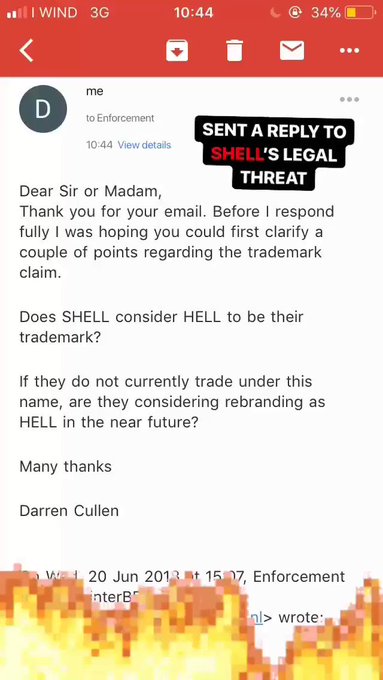 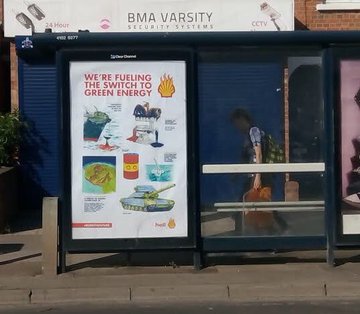 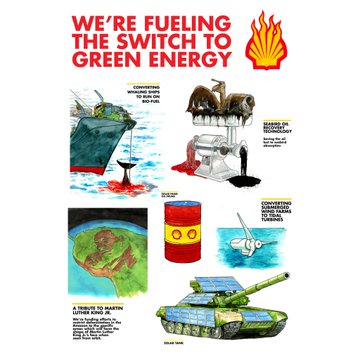 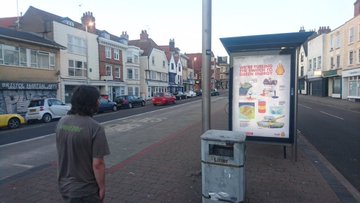 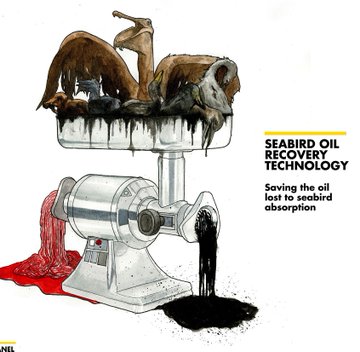