At Apple’s September event on Wednesday, former NBA star Steve Nash stepped out with an AI-based basketball app, ‘HomeCourt’, that he had invested in—but his appearance wasn’t the only surprise.

On Twitter, visual artist Alex Medina praised the app’s logo design, which cleanly formed a basketball court with its initials, ‘H’ and ‘C’.

“That ‘HomeCourt’ logo is really, really good,” he said.

As it turns out, another company has a near-identical logo to that of the app, which was developed by mobile AI startup Nex Team Inc.

Australian kitchenware brand Hutch Kitchensnidely responded to Medina’s tweet, saying, “We love it too!” The company’s display picture showing its branding was self-explanatory.

Aside from a box that encases the stylized ‘H’ and ‘K’, Hutch Kitchen’s logomark is indistinguishable from the Apple guest speaker’s.

Hutch Kitchen also created a couple of visuals to illustrate the uncanniness. The first was made to look like Apple’s ‘Your Phone VS iPhone’ ads, while the other was a GIF fusing both logomarks to prove that even their ratios were the same.

What a Huge Coincidence. 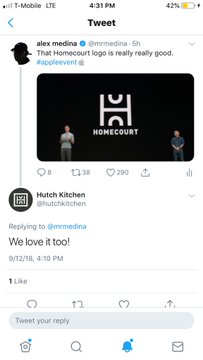 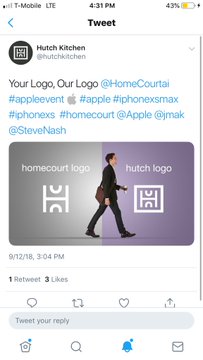 We love it too! 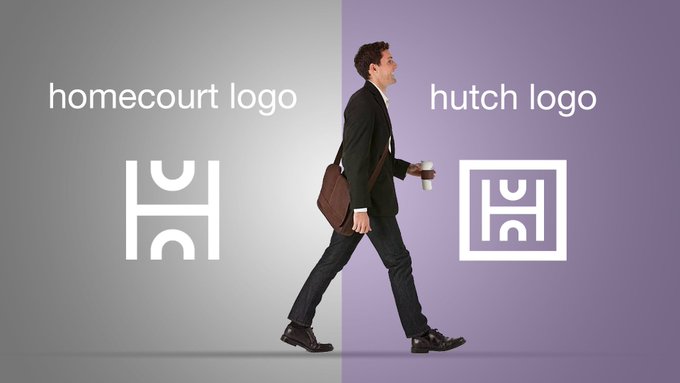 They should have invested in a better designer 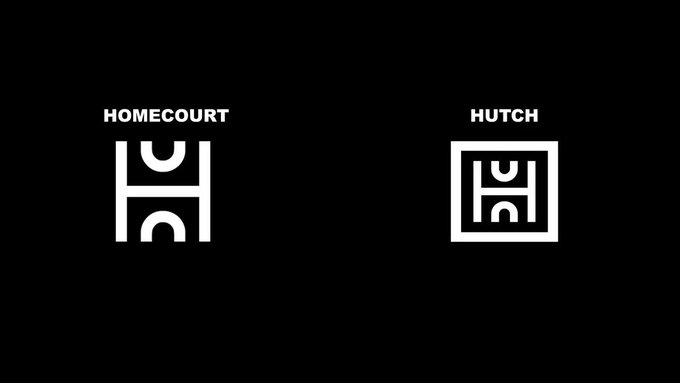 [via Alex Medina and Davar, images via various sources]