You’ve seen the Japanese app developer who used the iPhone X to completely camouflage his face and the studio that used that same phone to make motion capture that would’ve cost millions.

It seems that the wild things achievable through the iPhone X doesn’t stop here. Instead of using its depth sensor for frivolous animoji, media artist Peder Norrbyhas used it to create the trompe-l’oeil effect. This classic art technique deceives viewers’ eyes by creating the optical illusion that 3-D objects exist on a 2-D plane.

Norrby created the app ‘TheParallaxView’, which he uses to make the illusion of depth via 3-D head-tracking on the iPhone X. This enables him to transform the gadget’s screen into outrageous UI that mimics an infinite void.

GIF by GIPHY via Peder Norrby

The app has been submitted to the App Store and is currently awaiting review. Norrby announced that he’s “working on an article to describe the method in detail,” and hopes to make the source code available soon.

In the meantime, you can follow Norrby’s progress on this project via his Twitter @algomystic and learn more about how he achieved this effect in the video below. 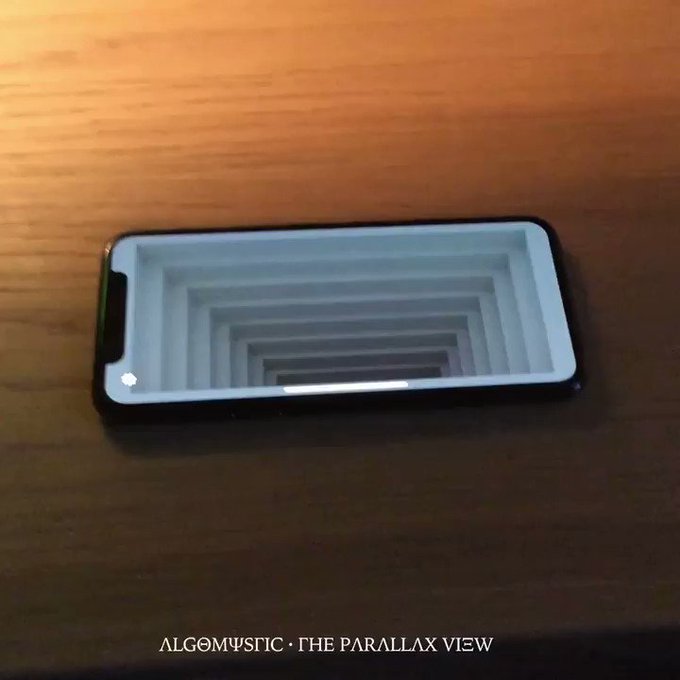