New Aurora, More Accessible Than The Northern Lights, Has Been Discovered

New Aurora, More Accessible Than The Northern Lights, Has Been Discovered

Resident sky-spotters in Canada have uncovered a new natural phenomenon in the same league as the Aurora Borealis (Northern Lights) and Aurora Australis (Southern Lights).

According to NASA, “citizen scientists”—people funded by the space agency who have an interest in science but might not have received formal education—made 30 reports about the enigmatic lights between 2015 and 2016.

To the common eye, ‘Steve’ might look just like the stunning Northern Lights. However, citizen scientist and IT engineer Notanee Bourassa—who has observed the famous aurora for over 30 years—knew that what he spotted was “not normal,” NASA reports.

The Northern and Southern Lights are usually seen in greens, blues, and reds. ‘Steve’, on the other hand, is a purple ribbon with a “green picket fence structure that waves.”

‘Steve’ forms itself in a similar fashion as the two other beams, and makes its presence known when charged particles from the sun interact with Earth’s magnetic field.

“If anything, auroras and ‘Steve’ are different flavors of an ice cream,” notes NASA.

If watching the Northern Lights is part of your bucket list, you might be delighted to learn that the emergence of this phenomenon might save you a trip to the dangerous Arctic circle. ‘Steve’ can be observed closer to the equator, specifically southern California.

Unfortunately, ‘Steve’ is also pretty elusive, and vanishes 20 minutes to one hour after its appearance.

Enjoy some breathtaking sightings of the new celestial beams, shared by NASA, below. 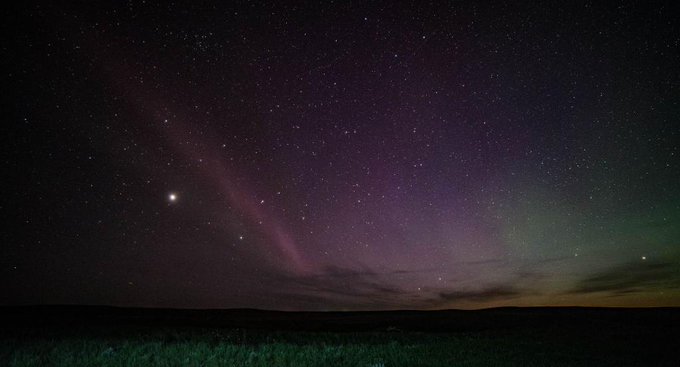 Seen STEVE? Glowing in purple & green colors, a new celestial phenomenon, known as STEVE, is caused by charged particles from the Sun colliding with Earth’s magnetic field. Discover how you can help us study these dancing lights by sending your pictures: http://go.nasa.gov/2phTVT5