While fans of the MCU continue to grapple with the aftermath of Avengers: Infinity War, they’ll at least have another film to look forward to: Captain Marvel.

Unfortunately, Marvel Studios has kept relatively mum about the upcoming movie, which will star American actress Brie Larson. Up till now, the company hasn’t unveiled official photos or artwork for the film; Marvel diehards have only been teased with fan art.

At long last, you’ll have your first official look at Larson as the superheroine—in illustration form—now that a pair of Marvel-branded notebooks have rolled out. At the very least, you’ll have a gist of what the actress might look like in her ‘Captain Marvel’ suit.

Additionally, the notebooks reveal new iterations of the Captain Marvel logo, which consists of a badge with the tagline, “Protector of the skies.”

Here’s hoping Marvel Studios will dial down on the enigma in the coming months. Captain Marvel is slated to arrive in theaters on 8 March 2018. 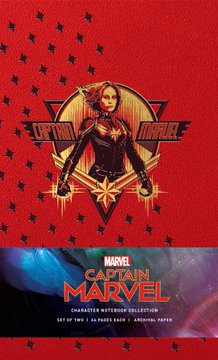 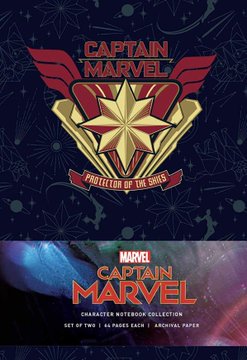 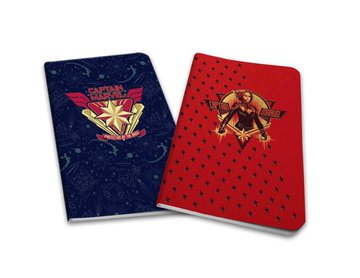