Kanye West’s ‘Make America Great’ hat, which he had gifted to President Trump, wasn’t the only political-themed apparel up his sleeve.

“‘Blexit’ is a renaissance and I am blessed to say that this logo [and] these colors were created by my dear friend and fellow superhero Kanye West,” Owens declared.

As its name suggests, ‘Blexit’ is short for “black exit” and plays on the term coined for Britain’s departure from the EU.

The ‘Blexit’ brand comprises logo-heavy t-shirts and hats, and is touted as, “Design by Kanye West,” though it was Owens who worked on the skeleton of the logo.

Telling far-right news site Breitbart, Owens said she spent weeks on an early iteration of the logo, “agonizing over the shape [and] color… I started with a very basic ‘X’.”

She then turned to West, who was in Africa at that time. “The next thing I knew, I was on a plane flying from Philadelphia to Africa,” Owens said.

Inspired by his “homeland” and tribal vibe in Uganda, the rapper and YEEZY founder conveyed his concept to an unnamed designer, who in turn introduced a head to the ‘X’ emblem for a touch of “humanity.”

“The ‘Blexit’ design reflects the deep-seated humanity and harmony we felt in Uganda…” said Owens. “The bodies represent us all bending and binding together as a people to bring healing to our communities… That’s what was missing from the logo. That’s what we found in Africa.” 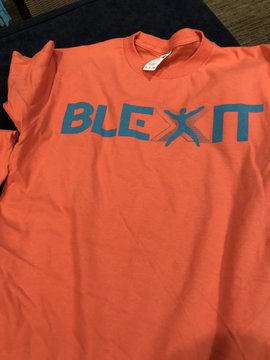 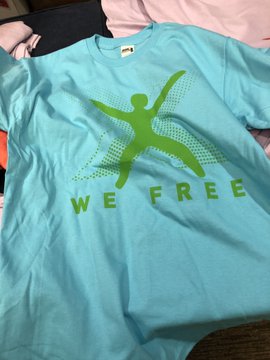 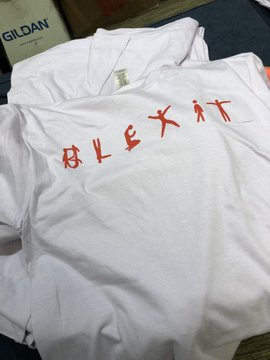 .@KanyeWest designed these “Blexit” t-shirts for @RealCandaceO’s new “Blexit” movement. They were handed out at #YBLS2018

[via USA Today and Breitbart, images via various sources]